Bucket-wheel excavators are heavy equipment used in surface mining and civil engineering. The excavation component itself is a large rotating wheel mounted on an arm or boom. On the outer edge of the wheel is a series of scoops or buckets. As the wheel turns, the buckets remove soil or rock from the target area and carry it around to the backside of the wheel, where it falls onto a conveyor, which carries it up the arm toward the main body of the excavator. Additional conveyors then may carry it further; in some cases, several long conveyors are placed end-to-end, each supported by a large vehicular base.

Especially large bucket-wheel excavators, over 200 meters long and up to 100 meters in height, are used in German strip-mining operations, and are the largest earth-movers in the world. These tremendous machines can cost over $100 million, take 5 years to assemble, require 5 people to operate, weigh more than 13,000 tons, and have a theoretical capacity of more than 12,000m³/h. Specifically, the RB293 bucket wheel excavator manufactured by MAN Takraf is recognized by Guinness World Records as the largest land vehicle.

The Bagger 288 is built by another manufacturer (Krupp) and is nearly as large as the RB293. About the Bagger 288:

Over three weeks it made a 22 kilometer (14 mile) trip to the Garzweiler mine, traveling across Autobahn 61, the Erft, a railroad line, and several roads. The move cost nearly 15 million German marks and required a team of seventy workers. Rivers were crossed by placing large steel pipes for the water to flow through and providing a smooth surface over the pipes with rocks and gravel. Moving Bagger 288 in one piece was more economic than disassembling the excavator and moving it piece by piece. 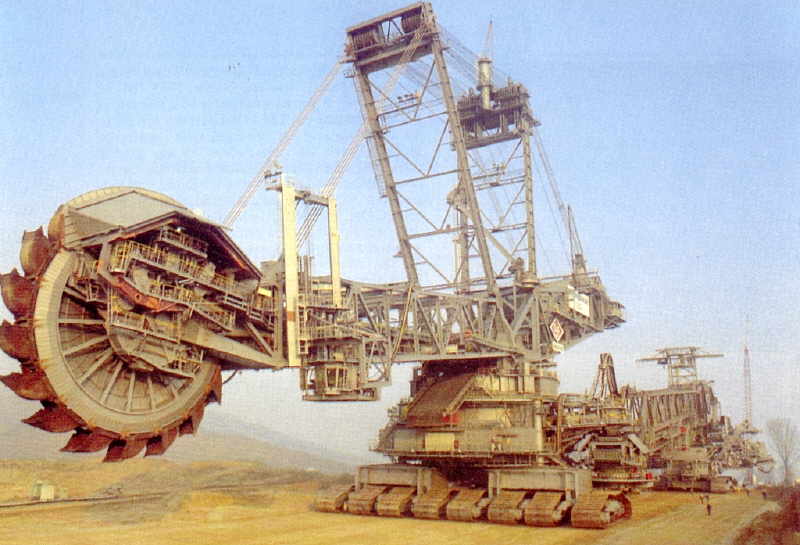 Look at the tiny dashes at the bottom right of the picture. These are people. The thing is huge!

There are plenty of them: 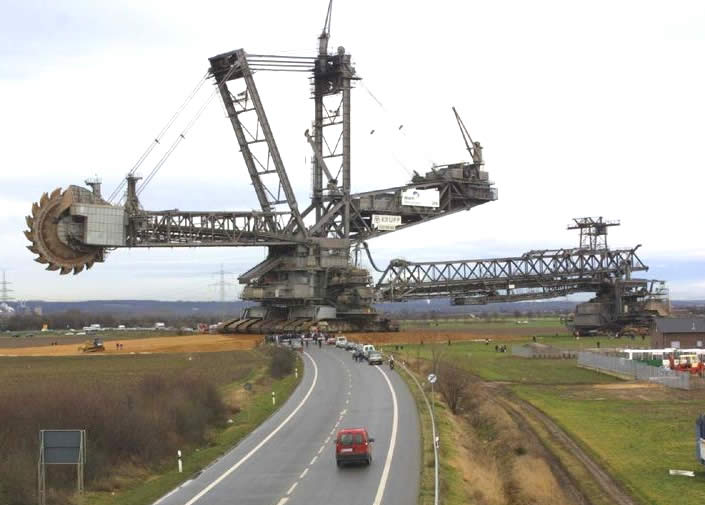 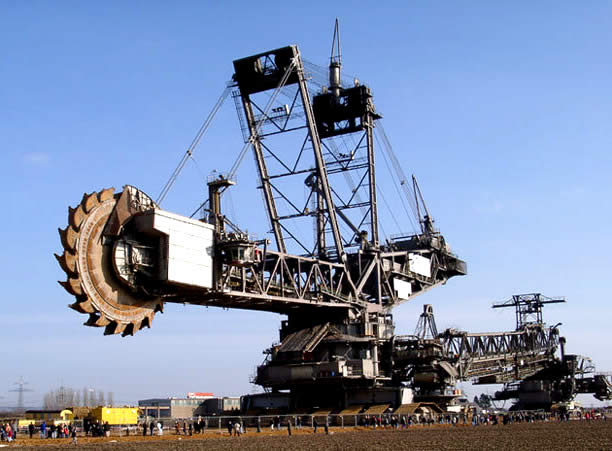 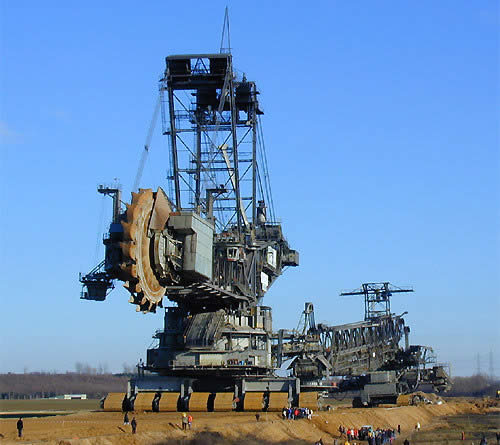 I had a bucket wheel excavator in my head since I was 10 or so. I discovered the name of the thing only today. What a relief!