Watched the War Boys last night. This movie had some sweet lines.

George with his little sister:

There’s something that happened to me last night.
I was walking down a street that I knew very well. I didn’t have to look where I was going.
And also I …
Napkin art 2014-08-03

A couple years ago, I etched a couple shapes on a napkin, and bet with a friend that I would one become famous enough it would sell millions. 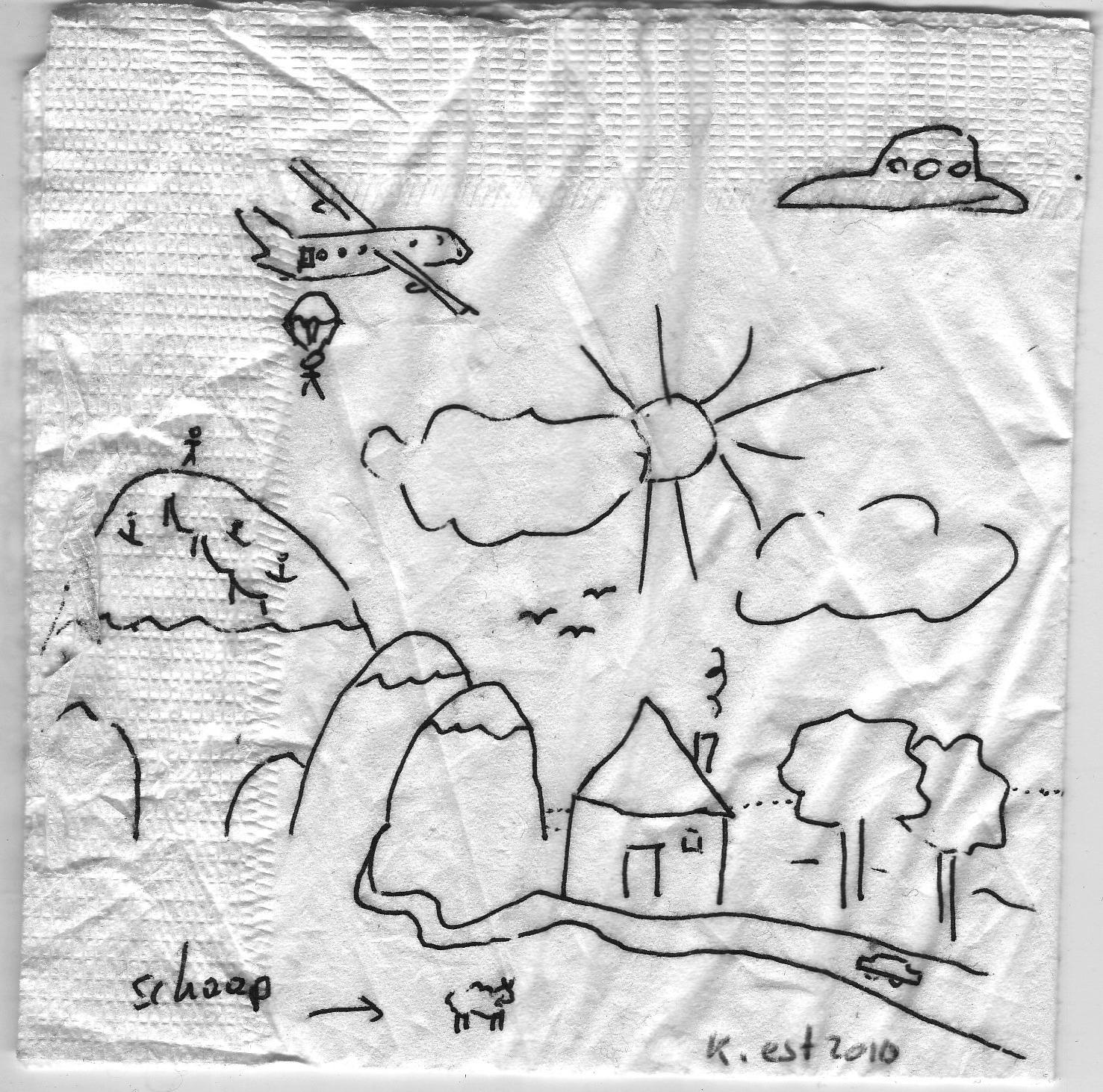 Unfortunately, I have not yet sold this napkin millions. However, I still have it, and I plan to hold on to it …

Unsettling, surprising ways to learn about oneself.

As I am sitting here, a black ball of purring fur in my hoodie deciding whether to take its chance at staying on my lap in such an uncomfortable setting, I still wonder about how I will crystallize the train of though that …

The wagon was nearly full. As my head was crossing the door to the cabin, I could see complete columns of heads stretching from the first row of seats to the next door on the other side. Only a few seats were unoccupied, and I glanced from side to side …