The word “growth” does not mean what you think it means.

There is some kind of fashion in US corporate culture: that to advertise and promote “personal growth” as an instrument to—and sometimes measure of—employee satisfaction.

This is profoundly offensive, disturbing, and ultimately misguided.

An anecdote: I love …

“One way to understand neurodiversity is to think in terms of human operating systems. Just because a PC is not running Windows, doesn’t mean that it’s broken. By autistic standards, the ‘normal’ human brain is easily distractable, obsessively social, and suffers from a deficit of attention to detail …

Another word of power that I have learned to master in the last two years is cognitive bandwidth.

So there’s these two things that French people do, which we notice from the outside but they have no clue about.

Both “what do you do?” and “where are you from?” are very loaded questions that will cause quite a few people offense.

The former […] combines both the American presumption that one’s job/career is a person’s single most definitive characteristic and is effectively a query about class. Sure …

The end scene of Mary Poppins sprang to mind as I began to write these lines: the wind turns, and it is time for Mary to leave. And so will I soon turn my back to Apple and Google as software providers.

My relationship with Apple is tumultuous and irregular …

My mom is a hoarder. Or maybe was. I don’t see her often. But she keeps stuff. She lives alone in a big house, and over the years she had accumulated enough stuff that she could start a bed & breakfast business, furnishing all her guest rooms with her accumulated …

Recently I designed a utility for my research. To implement this utility I needed a programming language that: 1) is appropriate for fast prototyping, 2) supports asynchronous, low-latency event handling, and 3) supports efficient in-program multi-way channel polling.

So far I could find, only Go fits the bill, and so …

I have a habit to peek at printouts that have been left at our common printer for more than a few hours. Yesterday, I found this. 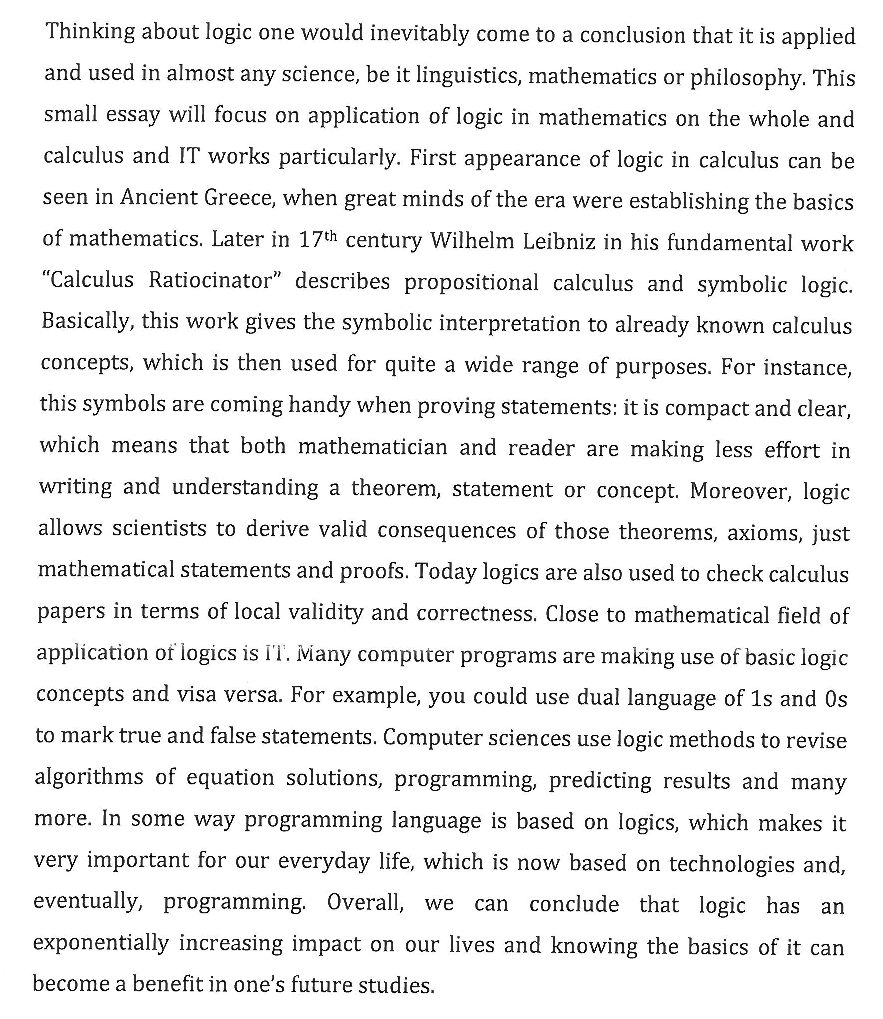 At a first glance, this text reads like a badly written short essay on the applications of logic. But there was no title, no …

Whomever has enjoyed my company more than a few times will know I have a particular sensitivity to the adjective “normal” when used to qualify human behaviour. However, until today, I was at a loss when asked to properly explain why it grates me so much.

What makes today so …

People count things with words. Yet some internal features of number systems in human languages are fascinating.

Number systems come in a great variety of shape and form. English’s base-10 system is quite unusual in its regularity, as systems in human languages go. French mixes decimal and vigesimal forms …

An absolutely stunning feature of the lambda calculus is that it allows us to define functional recursion without using recursion. That is, the concept of recursion is fundamentally a by-product of being able to reproduce multiple copies of a function’s input in its output.

In other words, the “essence …

Most published scientific articles display two or more authors. This does not necessarily mean that more than one person was involved in writing the article. The “author list” of scientific articles, like marriage in traditional cultures, is usually decided by unwritten political rules rather than love and the personal preferences …

In 2011 Alan Kay gave a talk/lecture on Programming and Scaling at the Hasso-Platner-Institute Potsdam. The take away is that you have to be creative and step out of the box to design new software that is both very simple and very powerful. The Cairo compositing system is his …

Men and women hired as scientific researchers soon after their doctoral graduation are often labelled “post-doc” by their peers, their organization, or even themselves. This label is misunderstood by everyone, even researchers themselves, because it has different definitions in different organizations and no clear definition outside of these organizations. It …

How to make a difference in computer architecture 2012-08-28

An epilogue to the past few posts, also published as chapter 16: “What now?” Who will constructs computers of the future, and how? I’m not sure yet, but we can start with a few statements.

Innovation in computer architecture, while necessary, is not a task that can be carried …

General-purpose computers are, like stem cells for living organisms, key to the perpetuation of computer engineering. Here’s why.

Sometime between 1992 and 1996, CALC was written. CALC was a graphing program: the user would interactively enter on the keyboard the definition of a function and the coordinates of a …

The wonder and promise of general-purpose computers 2012-08-25

As I argue in the intro to this book, the advent of general-purpose computers has altered the limitations of the human condition in ways both unforeseen and still poorly understood.

In the middle of the 20th century, something exceptional in the history of mankind happened: a universal tool was invented …

The words “computer science” seem to mean different things. Some use it to talk about making web pages, others to talk about computational complexity theory or category theory. As I argue in the intro to this book, it’s more than the combination of both. Here’s why.

What is “science” exactly? What is “innovation” in technical fields? Here’s my take, from the intro to my recent book.

The traditional purpose of the fundamental sciences is the acquisition of new knowledge pertaining to observed phenomena, in an attempt to describe “what is.” In parallel to the discovery …

A dear friend yesterday shared his quest to sharpen his understanding of philosophical concepts by studying their opposites. Like one can better understand light by acknowledging darkness, it seems to him that much is to be learned about wealth, power, comfort, safety and liberty by considering what they are not …

For example: web comics are …

By “anti-intellectualism” Sanger means: 1) disrespect towards the role of experts 2) disinterest in books …

Something happened in the world of Minecraft; an opportunity to illustrate my favorite pet peeve against “cloud storage”.

When someone opens their Google Mail interface, they will expect to see the same list of e-mails (or more) as they saw the last time they opened the interface, even possibly from …

I can’t seem to remember this analogy ever been used: digital information as fire.

What criteria should one use to pick a job?

Most people would answer a combination of skills, salary and commute time.

My personal experience taught me that it is whom you work with, not what you do, how much you get nor where, which matters most.

An interesting feature of several languages is the impact of negation on the meaning of verbs.

Technically, a negation makes true things false, and vice-versa. This is different from a change in meaning.

More specifically: many verbs reflects concepts that can be put on a scale of meaning, ranging from …